Adam was kind enough to give me a Samsung Gear watch her had been given.  He is an Appler and so he couldn’t link it to his phone.
After about 30 minutes of googling I found the spells to connect it to a non-Samsung device.  A little involved but fairly straightforward providing you know what you are doing.  Not for the average bear.
I installed some extra apps, but it took me a while to realize that they actually run on the phone, and have some kind of remote UI facility on the watch.  It begs lots of questions.

The screen is certainly bright.  So bright in fact that I was challenged to photograph it. 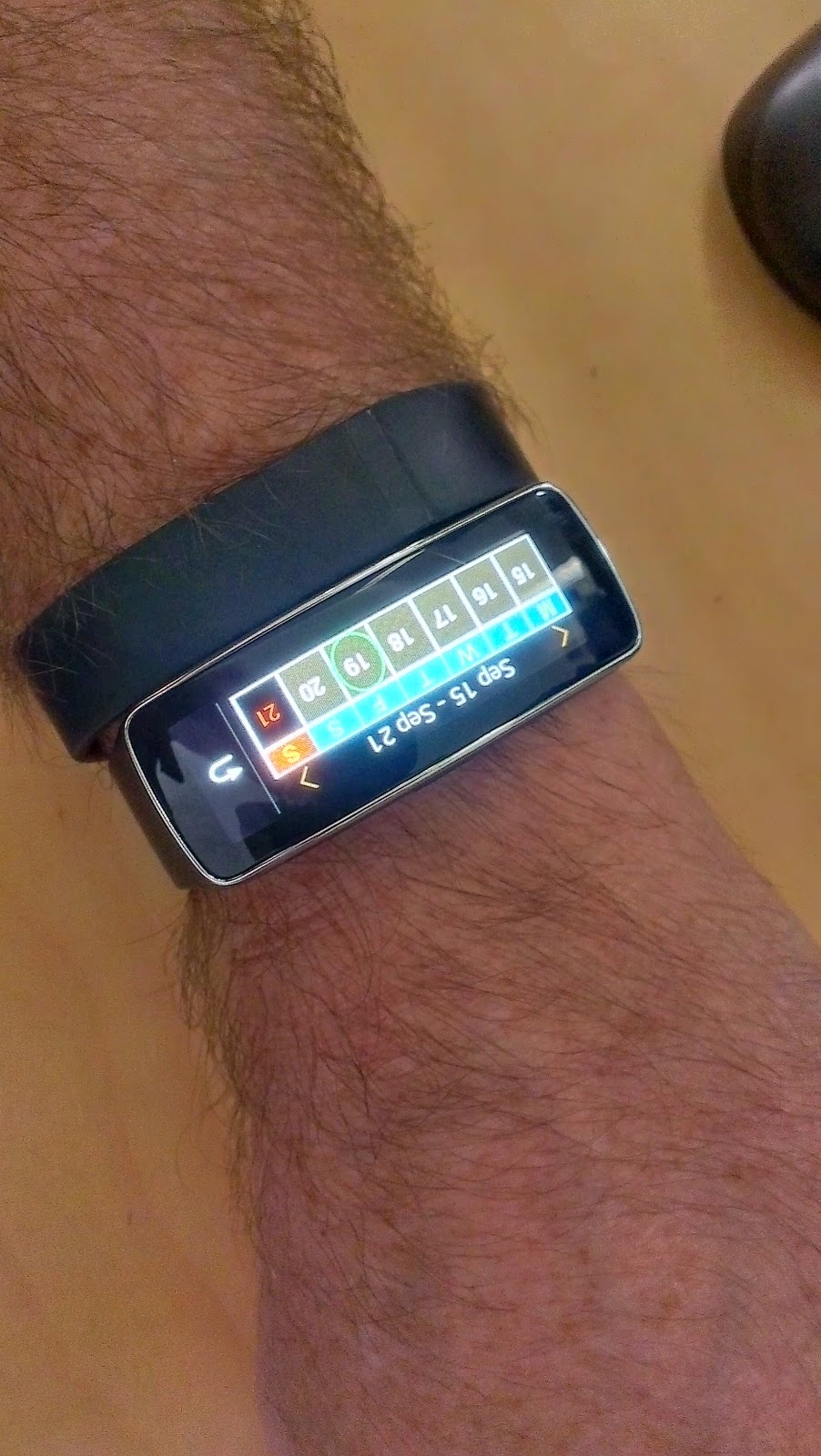 And as a watch…

It took me ages to get the clock to work to my satisfaction. You have to act like a spastic to get the watch to appear.  You have to drop your arm to your side, and then raise your wrist into the watch-reading position. 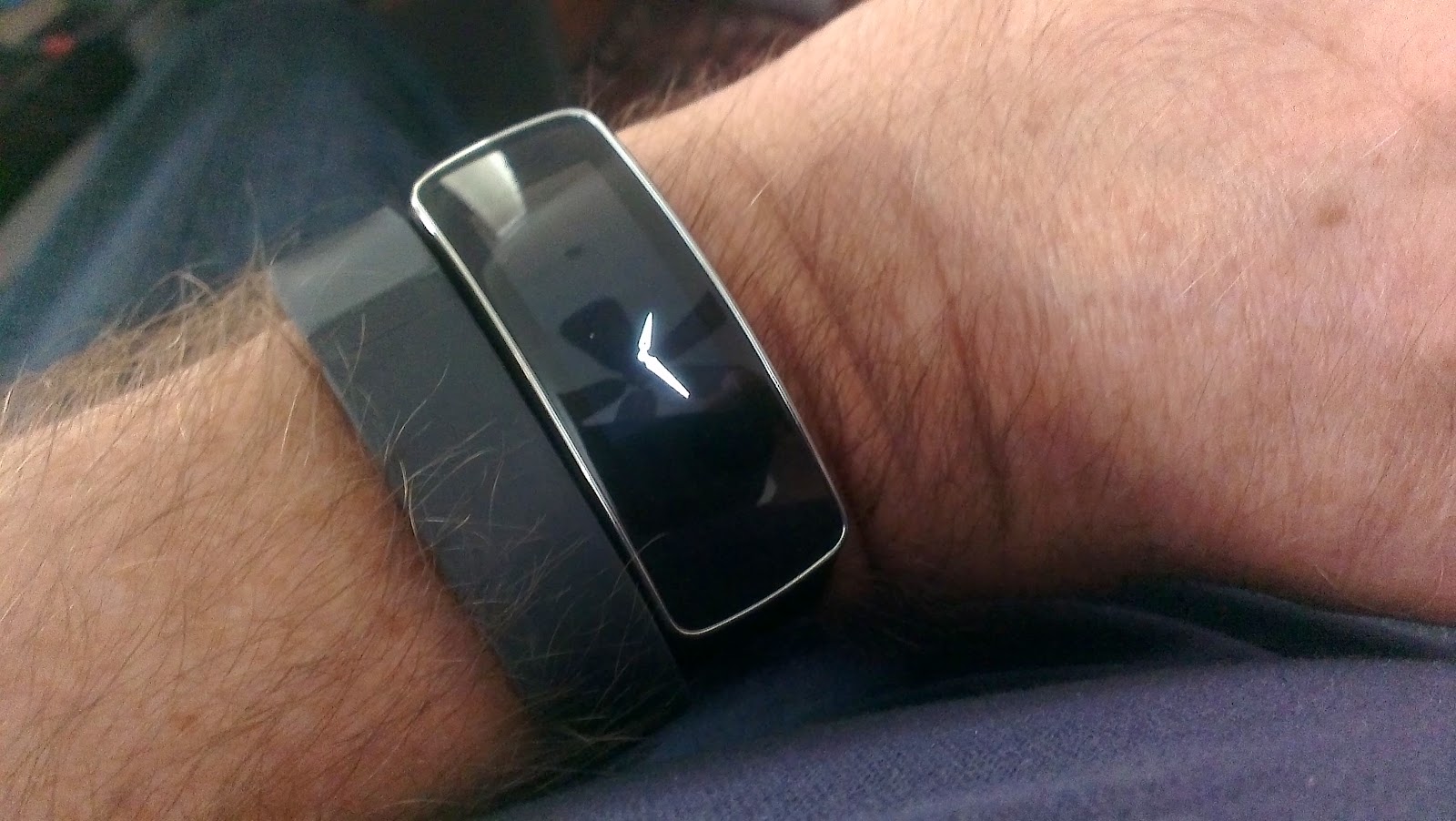 I still have not managed to turn on notifications for phone calls or email.

The UI is dreadful, on both the watch and the phone.  The whole user interface seems to be designed for text that reads top-to-bottom instead of left-to-right.  Try positioning your arm so that your wrist is in front of you, and vertical. 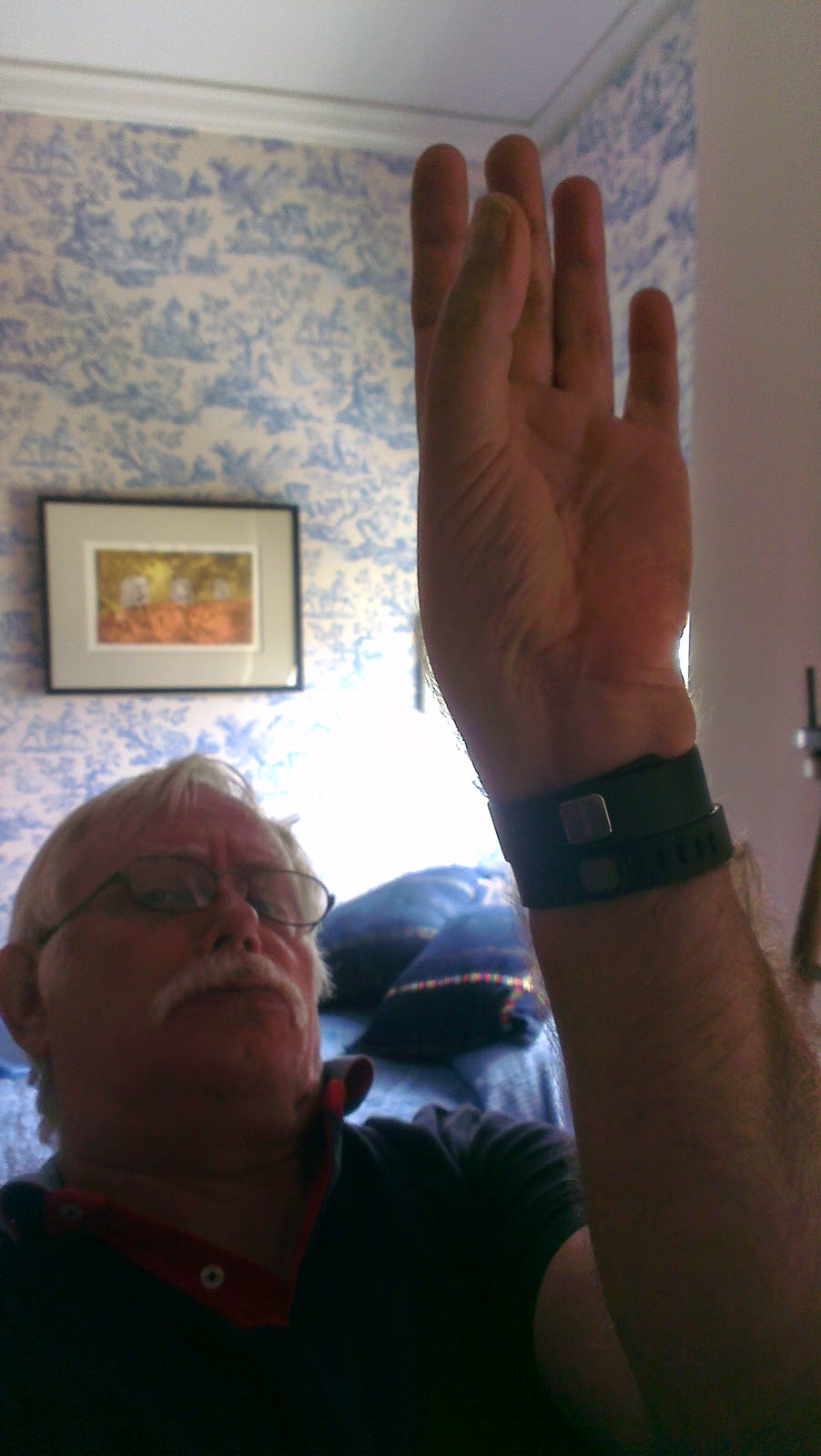 There is a calculator app, but it won’t work away from the phone.  The buttons are so small that you can’t press them without having points whittled onto your fingers. 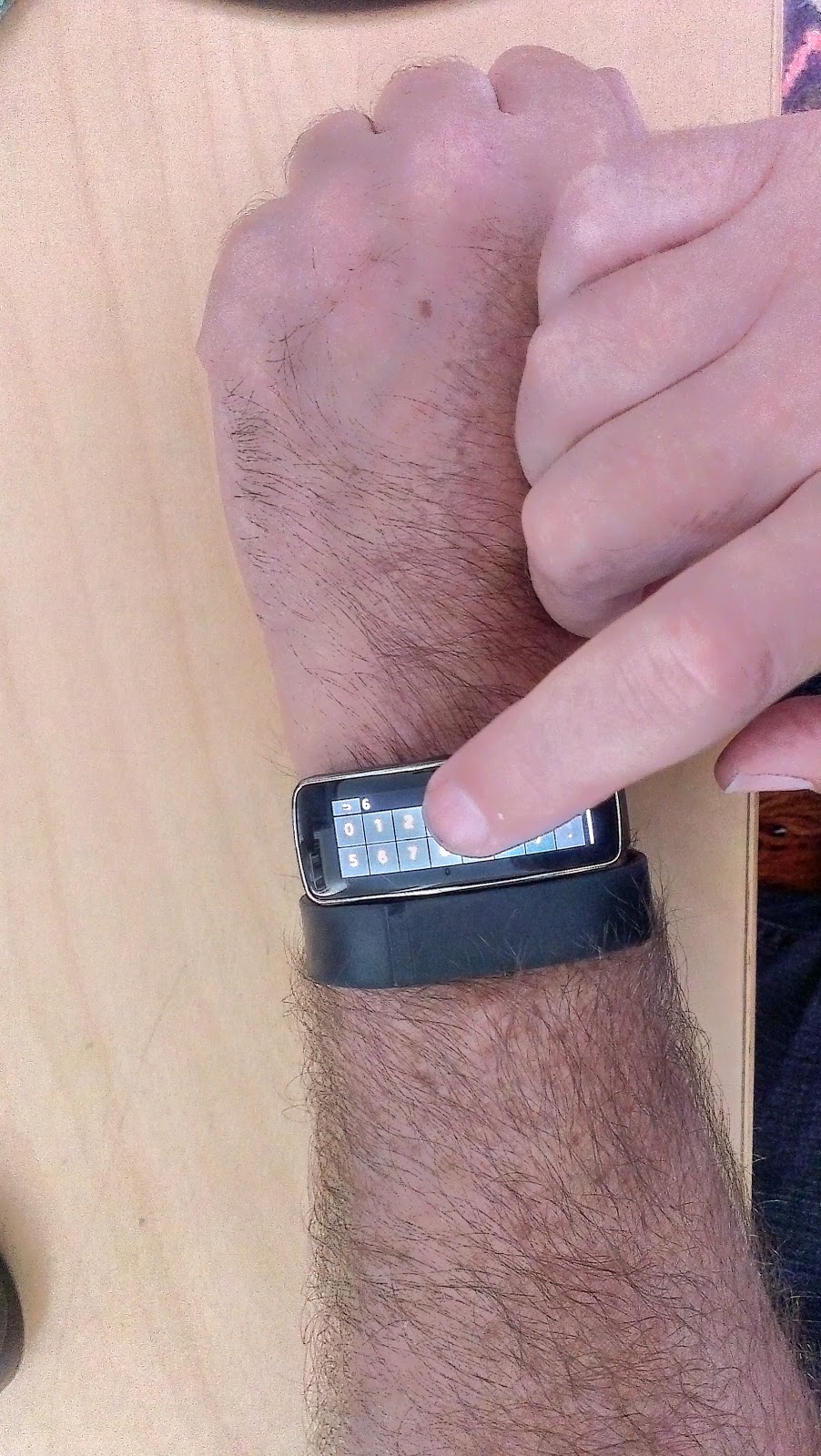 Even then it was pretty annoying because it took such a long time to load… by which time the display had shut off, and I had to start over. 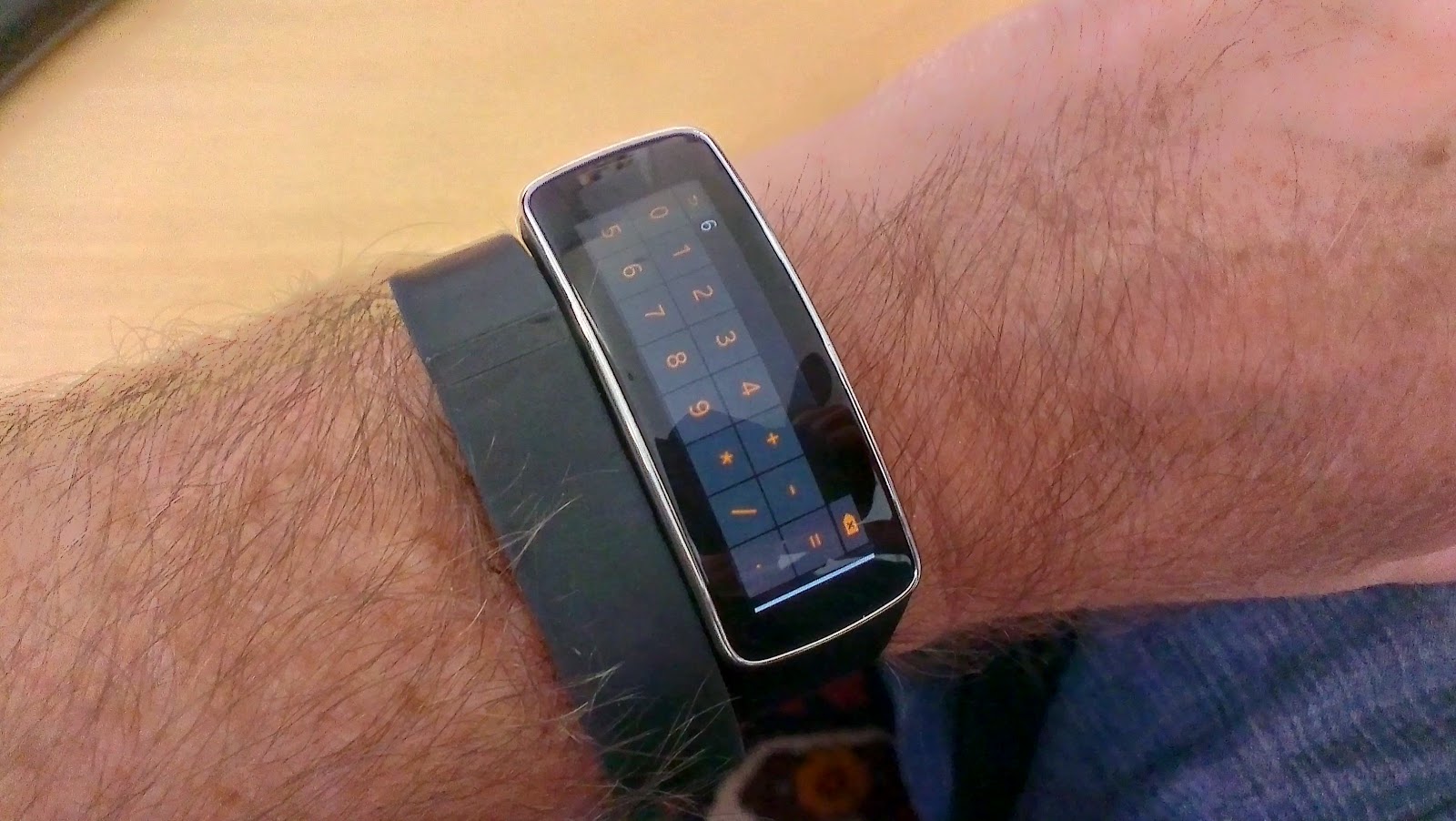 The calendar app (more understandable if it showed your calendar, but actually it only displays a vanilla blank calendar) 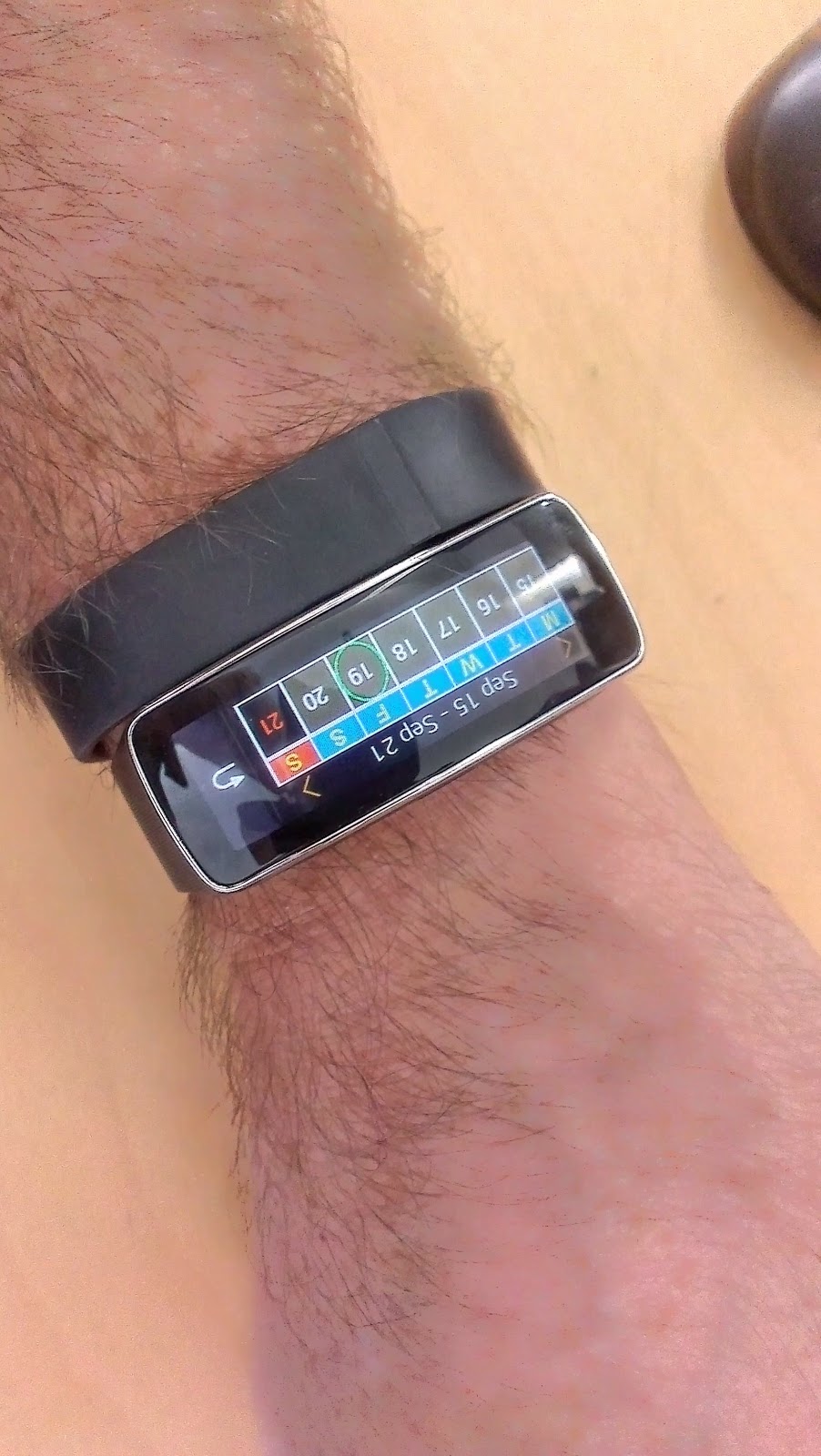 There is an app that make your phone bleep, in case you have lost it.  That seems to work OK over a limited range.

The pedometer did actually count 47 of my 48 steps.  It seems to switch off at the leastt sign of inactivity – presumably to save power. 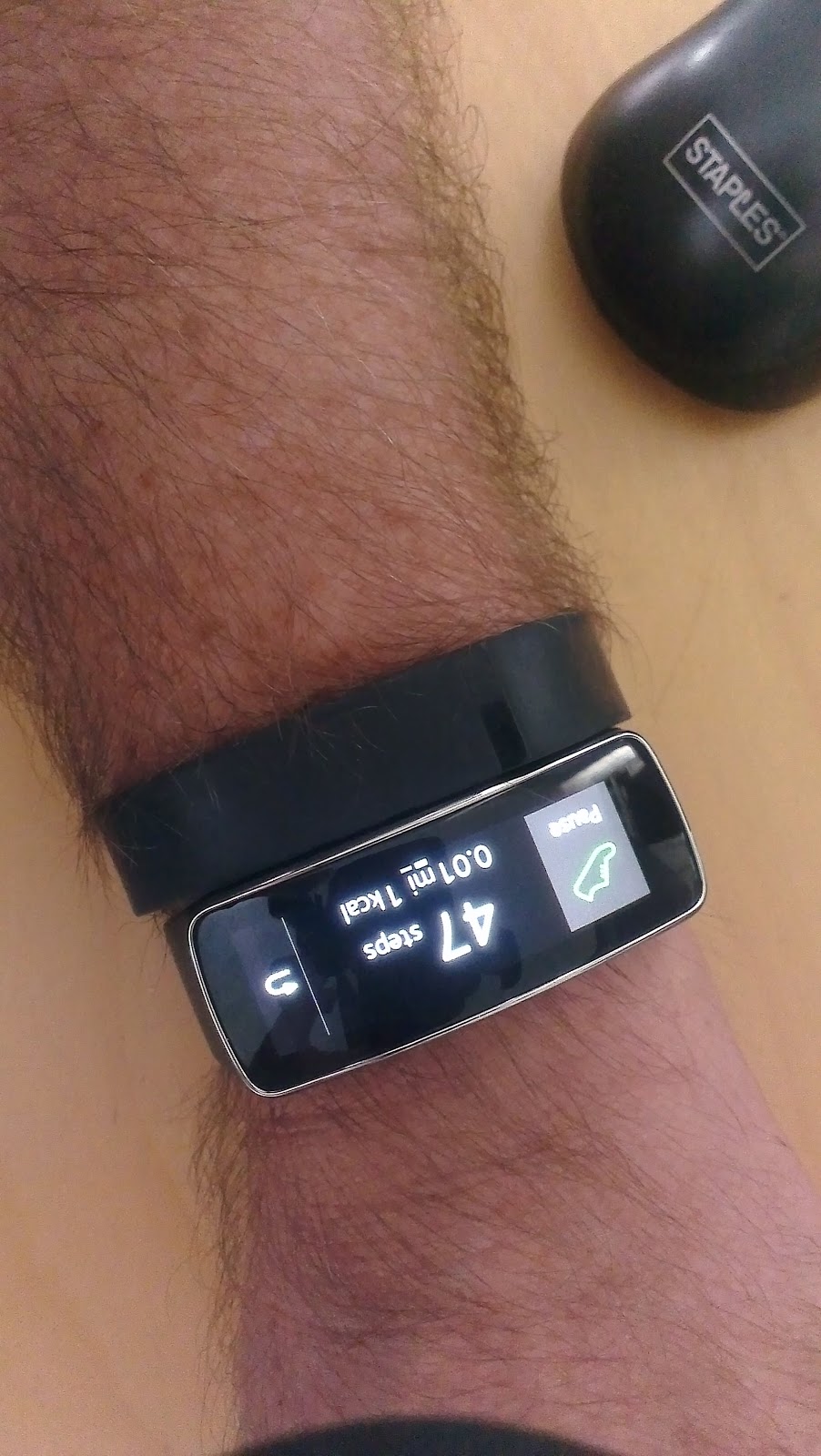 The heart-rate monitor had some problems. 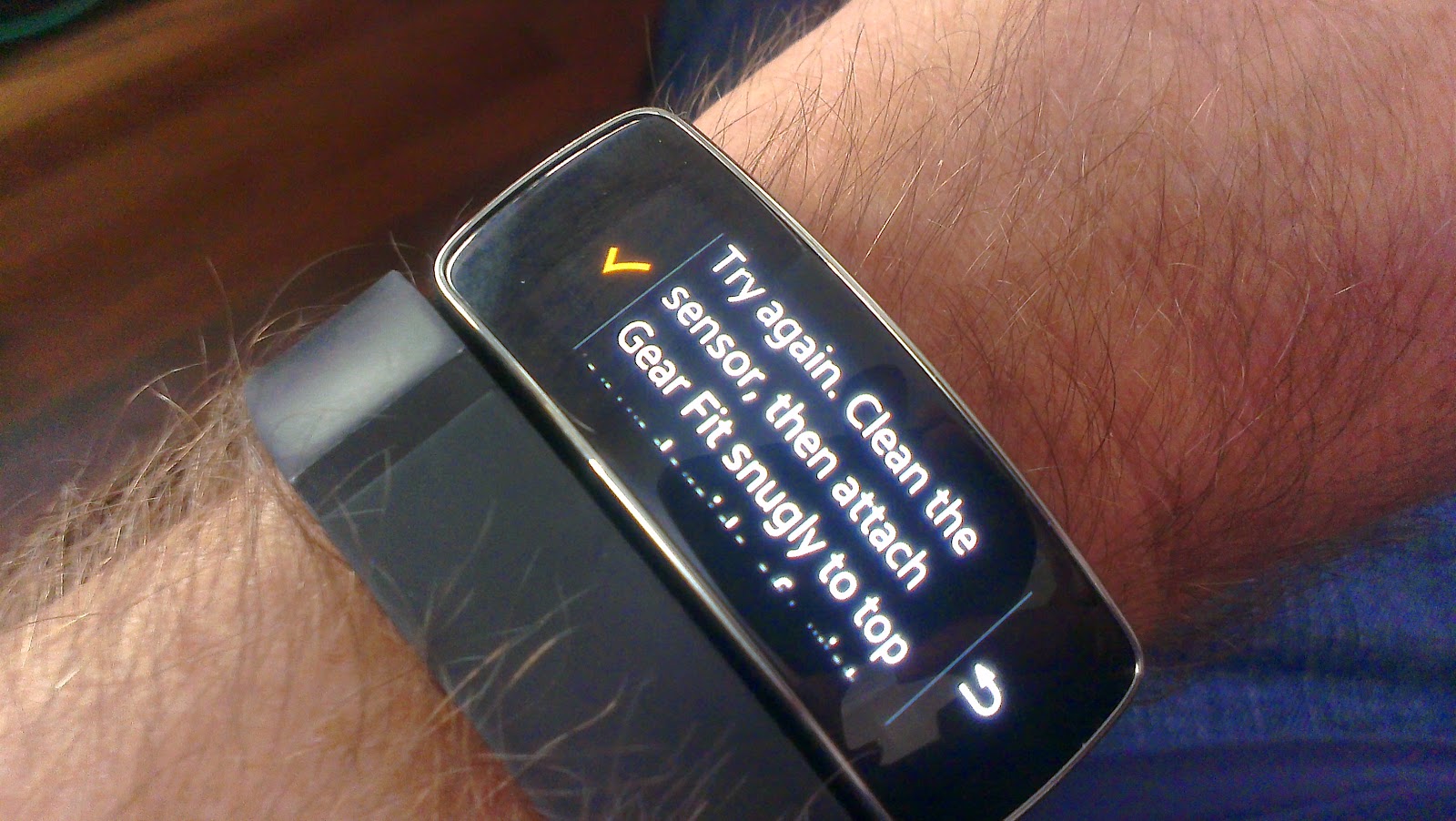 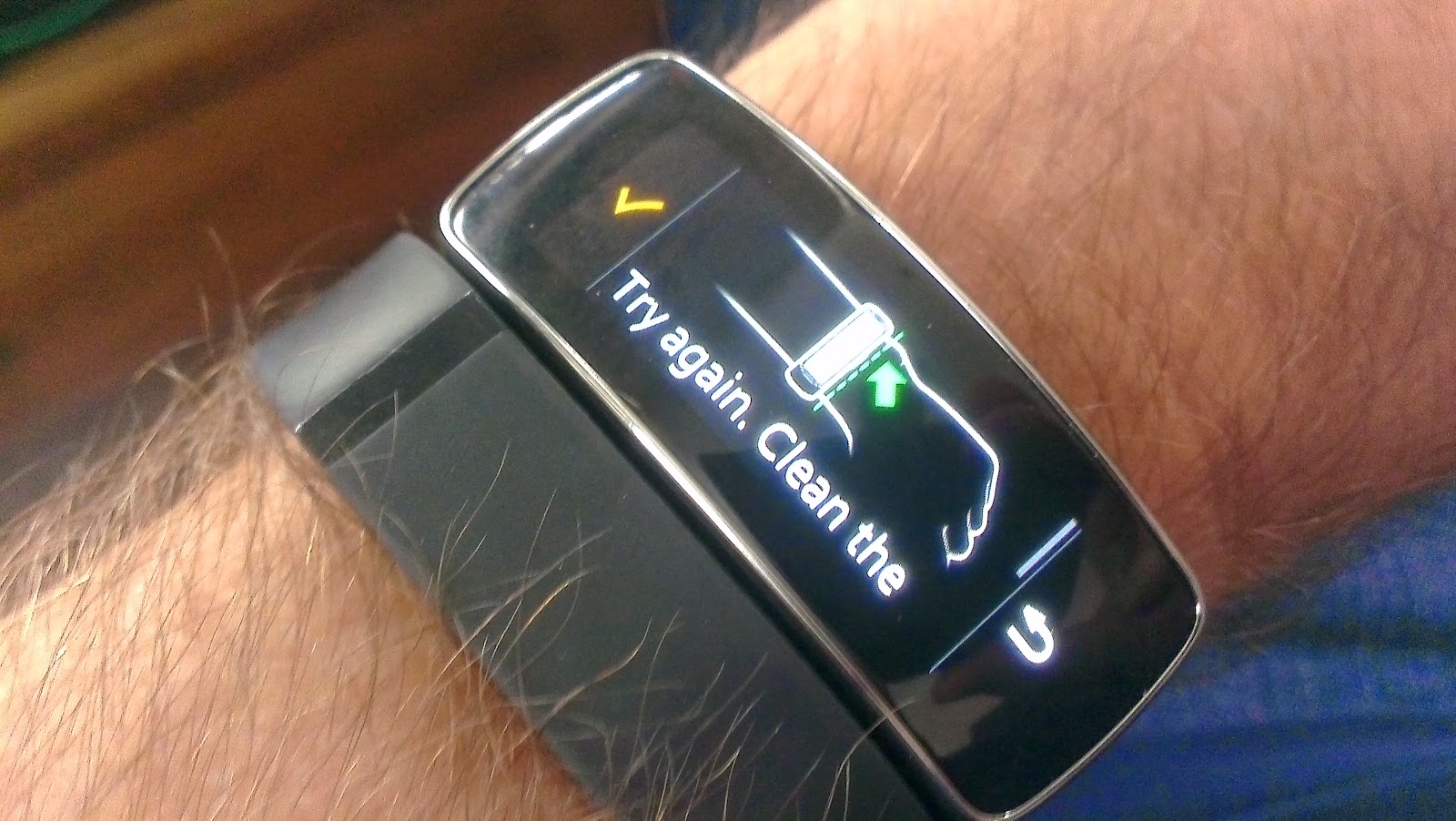 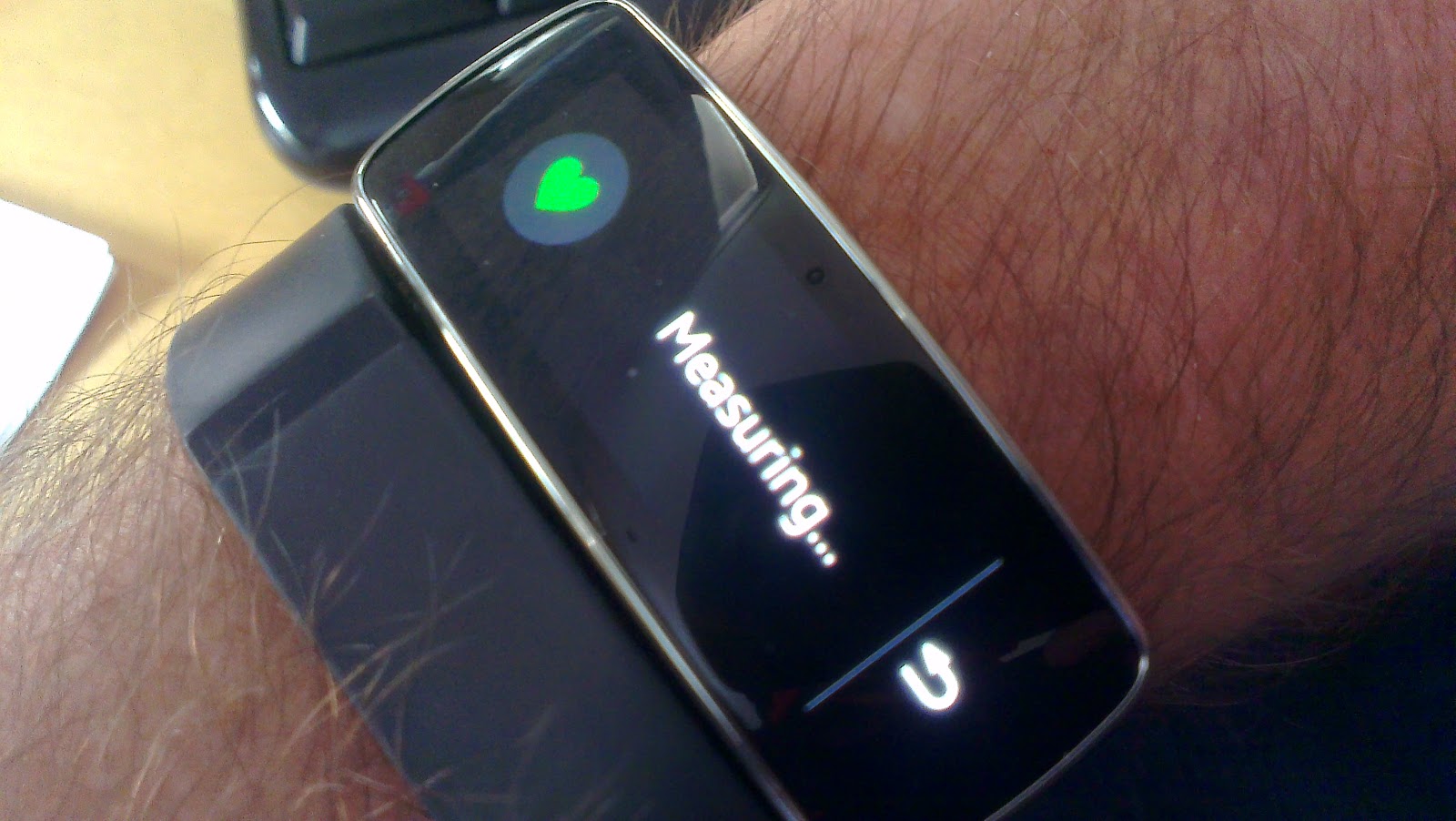 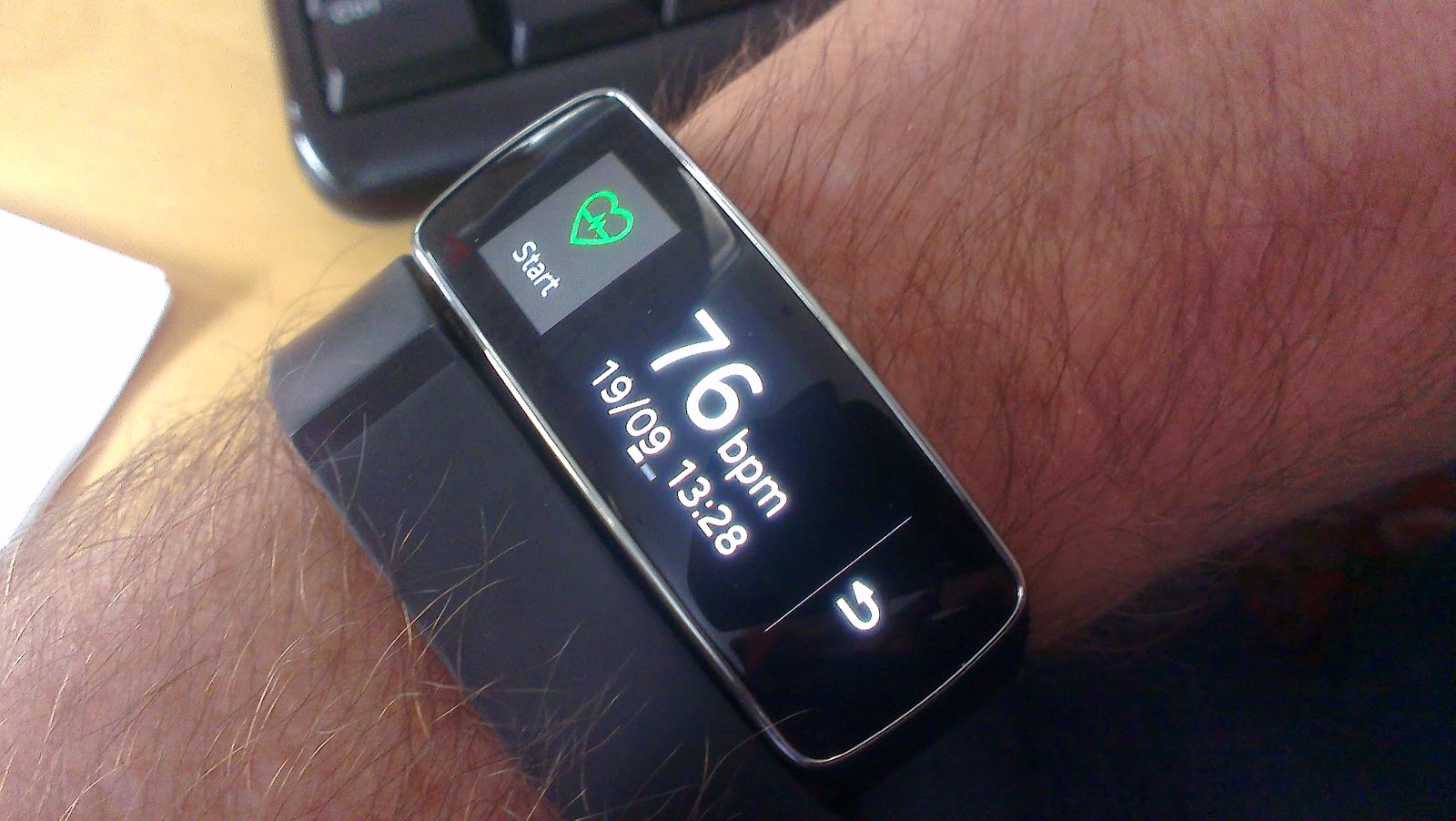 Nice try… but no banana Judy

I’ll have to lend you the Samsung Gear to play with.  It has a couple of interesting features, but basically they have managed to snatch failure from the jaws of victory in so many way.

What positive can I say other than the ID seems pretty good, except for the recharging apparatus which is cumbersome.  You wouldn’t be able to do it in the dark – especially with arthritic fingers, or poor eyesight.  The whole thing isn’t actually ugly, thought the strap is cheap and nasty.

After an hour of futzing with it the battery had gone down to 88% which seems to suggest that if you don’t use it much it will probably run all day, doing things you don’t care about. 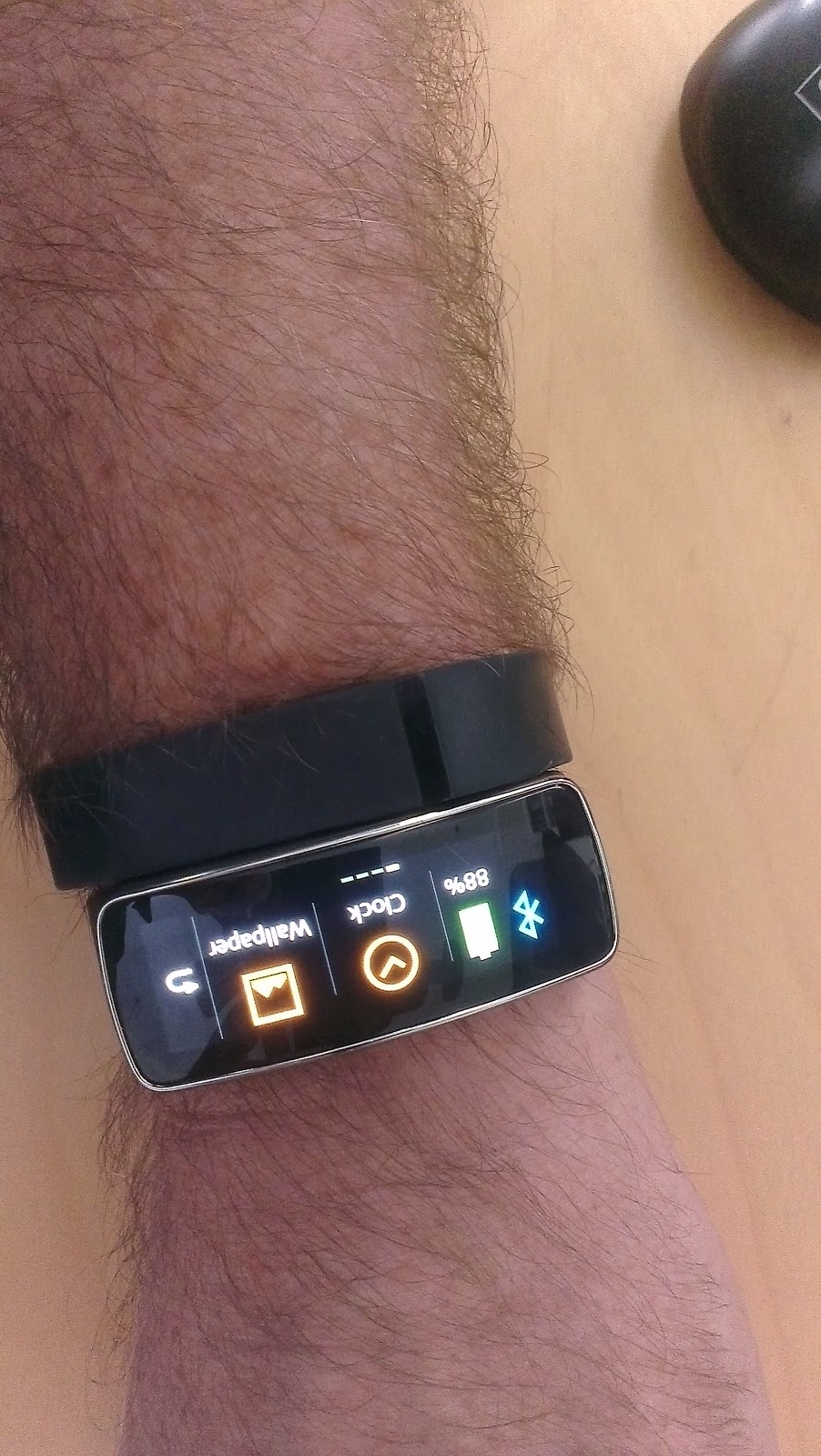