After almost two weeks of doing other stuff I have finally got back to looking at TS.  Today I took a cursory look at the DecaWave code.  It certainly looks daunting.

The good news is that they have a carefully worked, and documented example of the ranging process.  The bad news is that it looks very complicated, and I fear for the ARM M0.

The thing I am trying to figure out right now is whether it is how easy it is to change role from tag to anchor.  It’s almost a requirement for our architecture to be able to do that dynamically, but I fear the power-overhead of doing that might be large. 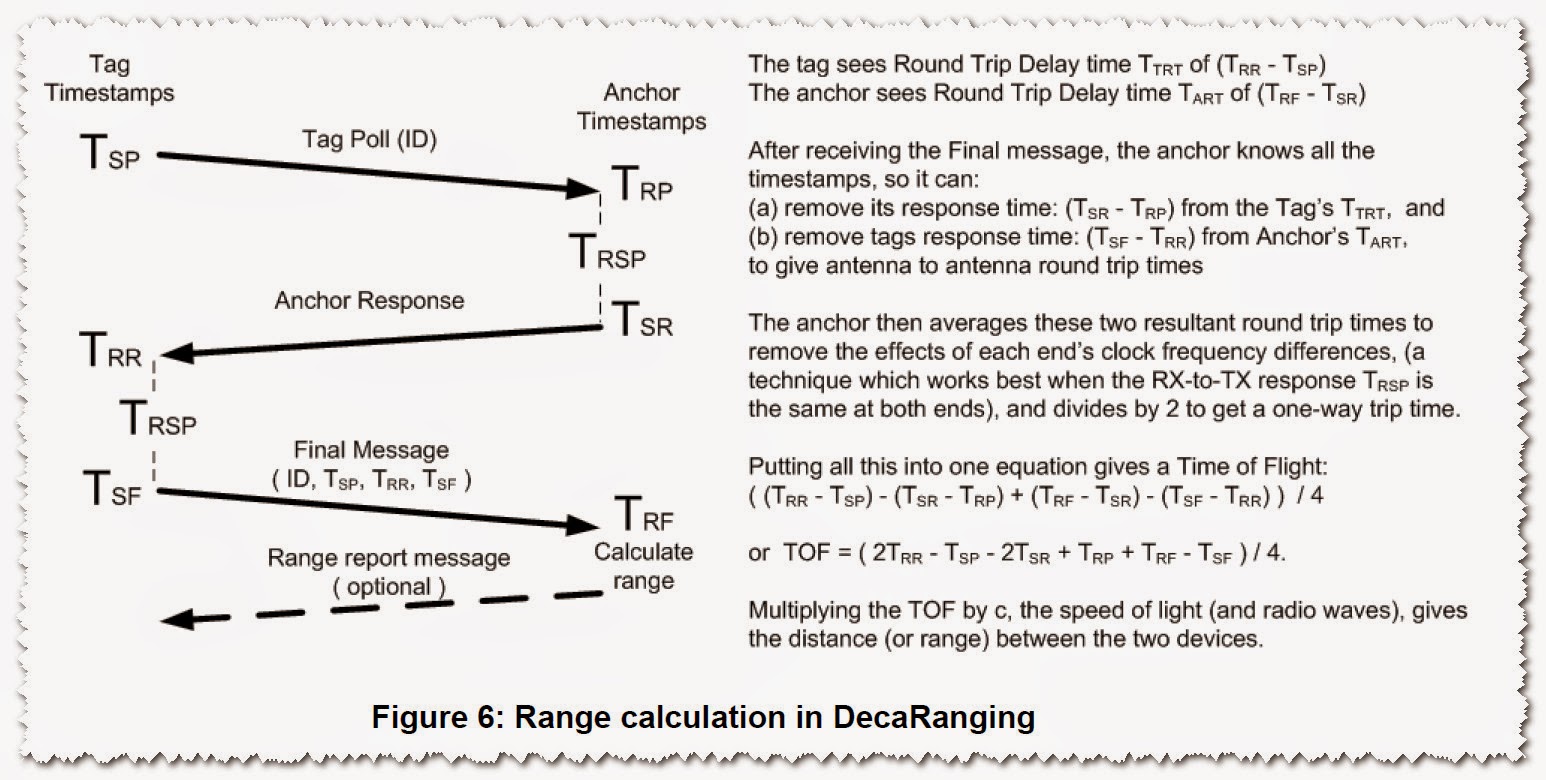 I started reading the Source Code Guide.  I found a couple of very interesting paragraphs.