Here is an interesting bit of code:

This fragment of code is executed in the receiver application, when it receives the initial request for for ranging.  The receiver sets up the DW to send back a response message after a fixed delay.  It does this by reading the timestamp recording the instant the packet was received.  Then it adds on a fixed delay, and then tells the DW to transmit at that time.
In my code the dwt_starttx function returns an error indicating that the transmit delay isn’t long enough.
In the code intended to run on the ARM M3 the constant POLL_RX_TO_RESP_TX_DLY_UUS is 330 (uS).  In my M0+ code it has to be a lot larger.  My code is not optimized and so far I have found that the value needs to be:  2200 > POLL_RX_TO_RESP_TX_DLY_UUS > 2300
On the init side I will have to extend those values too.  No idea what to set there, but obviously bigger. 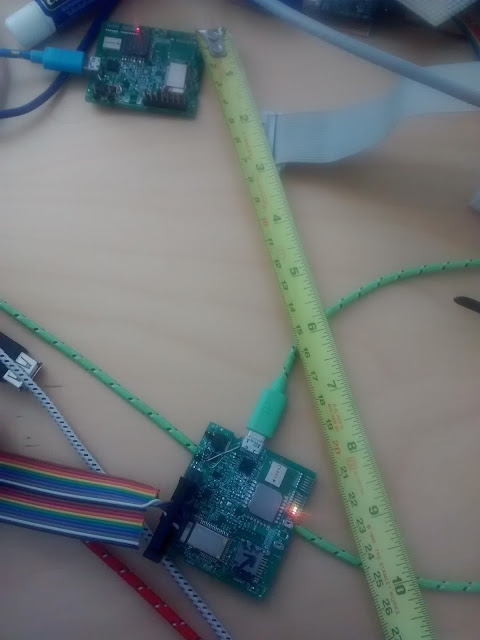 This is single-sided one-way ranging and it is very inaccurate, though better than Nanotron, and RSSI.  Obviously my random response timings are very long, which is a substantial source of error, and my antennae delays are not calibrated.