Make it even less tight.

I still seem to have the parameters wrong, it seems to be the same size as v7.  What the hell is this geriatric fool doing?

I had a lot of issues getting the damned tophat to stick to the plate.  I discovered there were platen issues.  Someone had gouges indentations in both plates. 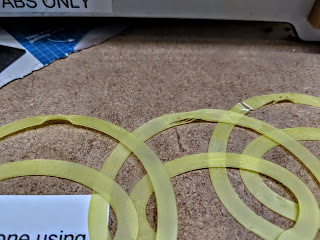 The filament was not sticking, and looked like it would end up with an indentation in the side like v7.  I rotated the plate and changed filament and got a decent print. 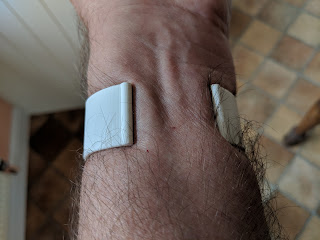 It actually fits well enough that I have been able to wear it for almost 24 hours continuously.  It is perhaps still a tad tight, but it isn’t worrying me unduly. 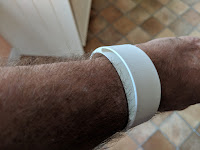 Rounding the end and putting fillets on the both endges of the opening would probably help.